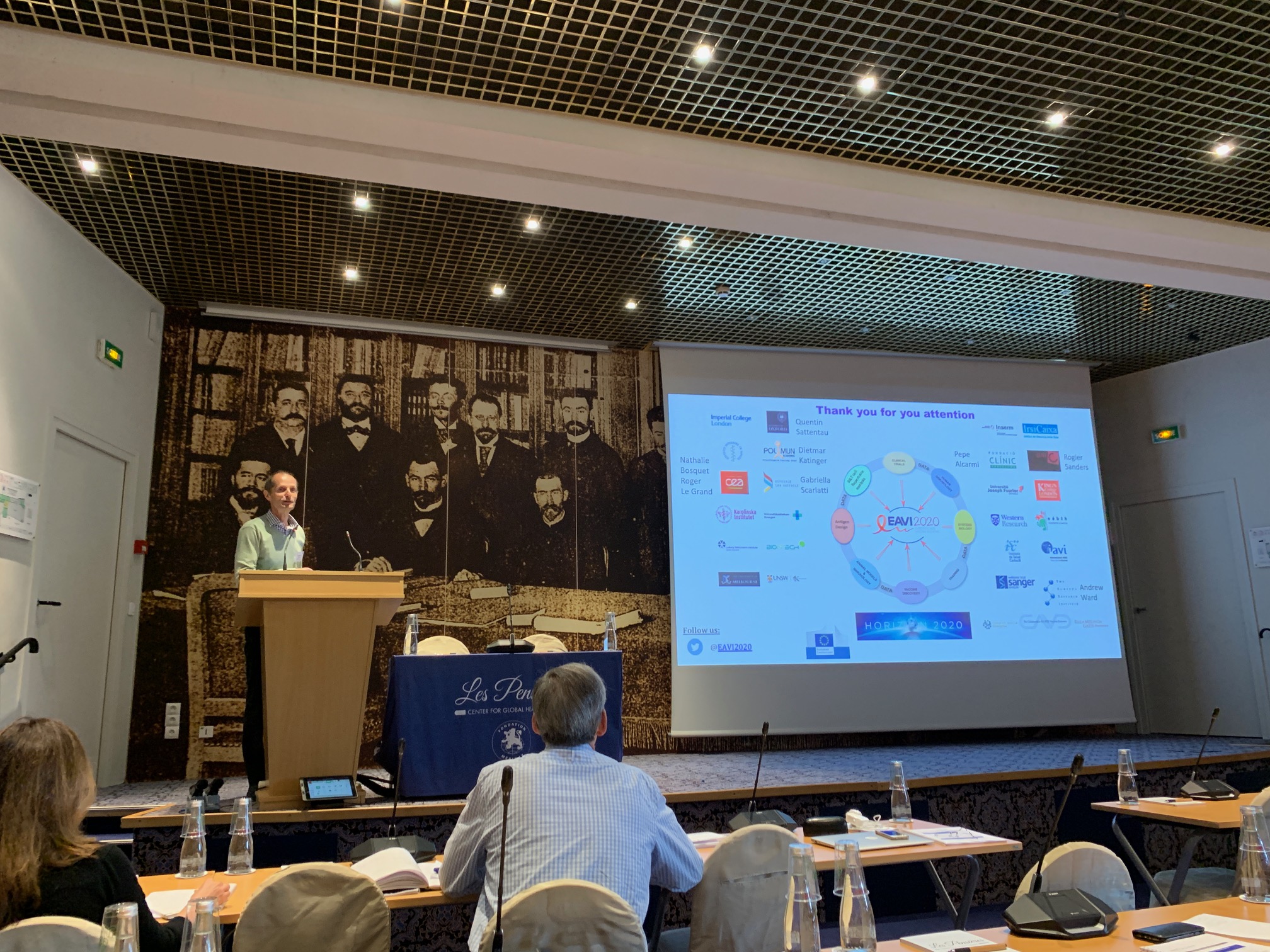 EAVI2020 was well represented at Cent Gardes Symposium. Organised by the Mérieux Foundation, the forum of international experts took place from 30 September to 2 October in France. Partners, Imperial College London, CEA and AMC were in good company in the scientific program. Prof. Robin Shattock (Imperial) spoke on developing a pipeline to human experimental vaccine studies while Roger Le-Grand (CEA) focussed his presentation on host responses to infection and vaccines and Rogier W. Sanders spoke about neutralizing HIV antibodies by native-like SOSIP trimers.
Established in 1986 by Doctor Charles Mérieux, the ‘Cent Gardes’ symposium was one of the very first international scientific events of its type on the subject of HIV / AIDS.
This biennial symposium gathers together international speakers of the highest level: scientific experts from public and private research, from hospitals and universities, and representatives from the health authorities of many countries. They present their work in the field of HIV / AIDS.