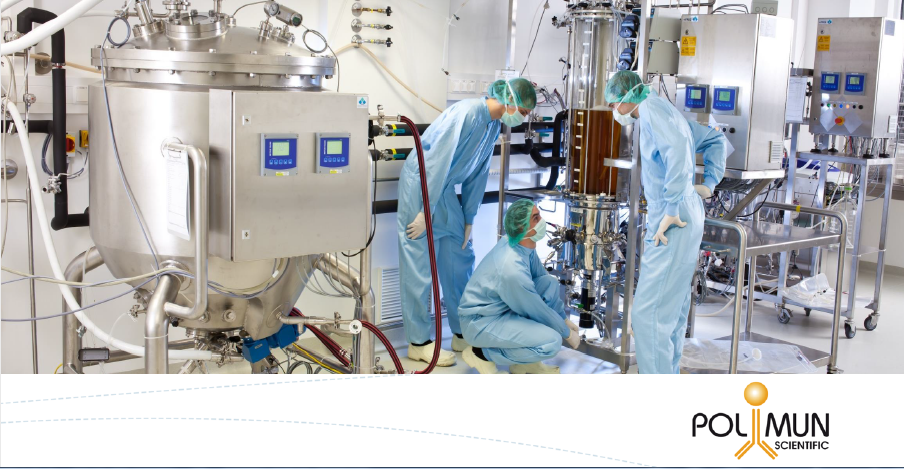 Founded in 1992, Polymun is a private company fully owned by the Katinger family, located in Klosterneuburg. The company offers development and GMP (Good Manufacturing Practice) production of biopharmaceuticals and liposomal formulations of active pharmaceutical ingredients (API) as well as vaccine antigens.

The manufacture of up to eight variants of the HIV envelope glycoprotein in cGMP grade quality is central to the project since Polymun provides the antigens which will be used for upcoming clinical trials. The activities in order to accomplish this task involve a) establishment of Chinese Hamster Ovary (CHO) producer cell lines, b) upstream and downstream process development, production of pre-clinical and clinical material and c) release and stability testing as well as according to documentation for clinical applications.

By now, we were able to establish two clonal CHO producer cell lines for the first two HIV envelope glycoprotein variants. Cell line development for the next antigens in the pipeline is already ongoing. Upstream and downstream procedures (affinity chromatography based) were established and the GMP production of the first two antigens could be successfully finished in 2017. These HIV envelope protein antigens are now available for clinical testing, starting in 2018.

The surface glycoprotein of HIV has been extensively studied and is generally acknowledged to be the most appropriate candidate for a protective HIV vaccine. However, such as many other vaccine antigens it induces only poor immune responses when administered. Therefore, adjuvant formulations are given along with vaccine antigens to improve the immune response. The appropriate adjuvant formulation may eventually induce an increased production of protective antibodies and long-lasting immunity. MPLA liposome suspensions and squalene based o/w emulsions are two established adjuvant formulations that are of particular interest.

Polymun was able to produce and provide both formulations to collaborators within the EAVI2020 consortium. While the squalene based o/w emulsion is produced for research purpose only, the MPLA liposome suspension is produced in clinical-grade using a scalable GMP-compliant process.

Polymun is performing process and formulation development for these T helper liposomes in close collaboration with Universitätsklinikum Erlangen. The development of the manufacturing process of this novel HIV vaccine candidate is performed with a particular focus on its scalability and applicability for the production of clinical-grade material. So far, Polymun developed protocols for efficient and controlled encapsulation of T helper peptides into liposomes and also established relevant analytical methods. Methods for the controlled and stable coupling of the vaccine antigens on to the surface of peptide-loaded liposomes are currently being developed.